Costume and Make Up

About the Film
The themes of love and longing are explored in the three-part series that weaves together poetry, movement, dance, and film technique with the sari as the central object of affection. The films trace the arc of romance between dancer and sari, drawing on the subtle nuances of emotion; the joys of falling in love, and the brief moments of separation when the lovers pine for one another. The storyline moves through the many stages of love and longing—from playful flirtation (Part 1: Close, Closer), to yearning for togetherness (Part II: Push, Pull), climaxing in a union of the lovers (Part III: Envelope).

The use of reverse film as a storytelling device in Fall has a powerful, almost surreal, effect on the narrative. Prefacing each segment of the triptych is an extract of Akam poetry from Tamil classical Sangam verse. Rooted in ancient oral traditions, the style is known for its raw beauty and the depth of feeling contained in each line.

In Fall, the sari transforms from a costume or embellishment into a living thing, a character in the narrative. The dancer interacts with the kanjivaram drape, taking the sari out of its traditional role in the classical arts, and giving it new freedom, and a revisited emotional context. In the end, the kanjivaram flows back into a form that is familiar to us; in a sense, coming full circle. 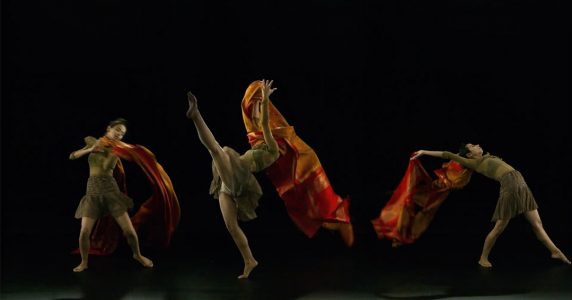 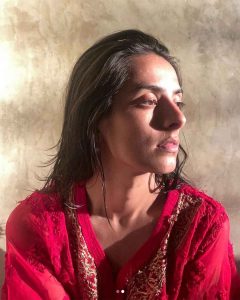 Gia Singh Arora is a filmmaker, performer, and dancer. Abhyas Somatics forms the base of her artistic intuitions and impulses. Her practice freely traverses between the Indian classical form, Odissi, and performance art. Traversing the space between classical and contemporary, art and performance, her work attempts to navigate dance on film, forging a deeper relationship between the body, the camera, and the tools of filmmaking.

Gia is keen on exploring performance and film through each other, by moving away from storytelling tropes and experiencing reality through her own mindful subjectivity. 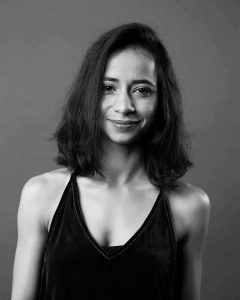 Mukta Nagpal is a contemporary and ballet dancer and choreographer, with an experience of about a decade in the professional dance community. Mukta has trained in India and in Russia, working on what she likes to call “freedom in structure”. She has taught dancers across India, bringing aspiring dancers knowledge about ballet and contemporary floorwork. Along with her own artistic exploration, Mukta has performed as a dancer in commercial music videos for renowned Indian singers, like Shreya Goshal & Slow Cheeta.

Her usual style of performance and creation is based highly on working with technique and simultaneously being open to exploration. Working on Fall allowed her to tap into different aspects of creating a concept. She believes it’s not always about thinking outside of the box but also about redefining the box.

I believe in the ability of the movement to tell a story and change the way an audience perceives an object or an emotion. In Fall, it is a movement that brings the sari to life, taking it out of the fixity of its traditional context. The films were choreographed to tell a story but also provided space for the dancer to improvise with the sari, exploring its possibilities for dramatic expression and movement.

In many ways, Fall is a first-of-its-kind project, creating a new language of display for the kanjivaram sari. The sari is viewed not as a piece of clothing within the limits of its history and context, but as a free-flowing entity that can take any shape and is open to interpretation. It challenges our understanding of Indian culture, dance, and history.  Let’s never forget that the sari, no matter how well-draped, also unravels and dances freely. 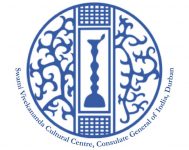 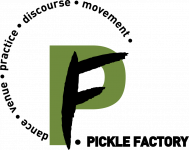 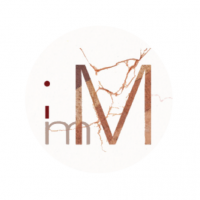