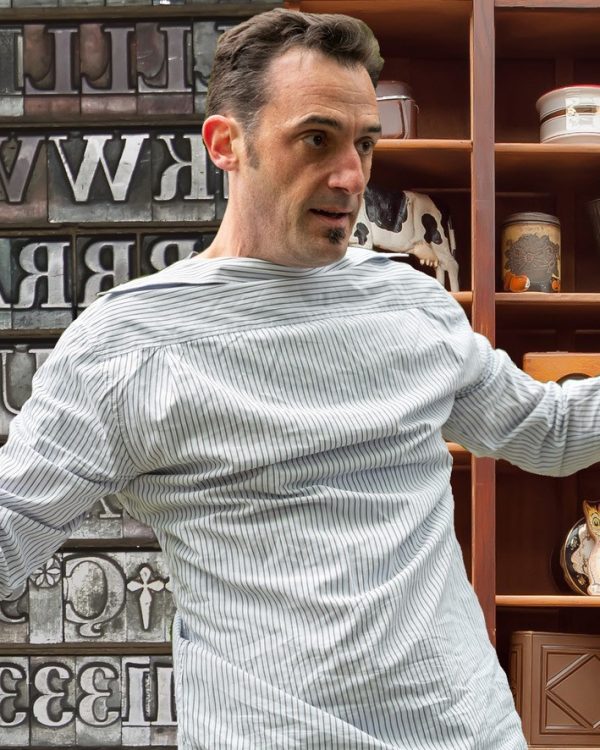 (live) DANCE IN A DIGITAL AGE – in conversation with

On the one hand a printer’s tray is a sorting box, divided into a number of compartments to store movable type for printing. On the other hand, printer trays are used to store and display keepsakes and souvenirs. Fragments of memories and stories. My Printer’s Tray is a collection of short pieces from 1999-2020. They are building blocks and fragments. On the one hand they are pieces, which pursue and develop a specific choreographic idea. On the other hand, they are core phrases from bigger pieces and larger productions. It is an archive as well as an ongoing artistic and choreographic practice.

More versions and variations of “The Printer’s Tray” can be viewed on: http://www.jurgkoch.com/choreography

Jürg Koch is a freelance dance artist based in Bern, Switzerland and has been working internationally as a performer, choreographer and dance educator for the past 20 years.
He received his MA from the London Contemporary Dance School. Working with Candoco Dance Company, integrating disabled and non-disabled performers informs his artistic and pedagogic approach. In January 2004 he joined the faculty of the University of Washington as a lecturer and was appointed Assistant Professor in 2008 and Associate Professor in 2014. After working for ten years in higher education he moved back to Switzerland, where he has established a freelance praxis as artist, educator and performer, working closely with BewegGrund (CH) and Dance Unstuck (UK).