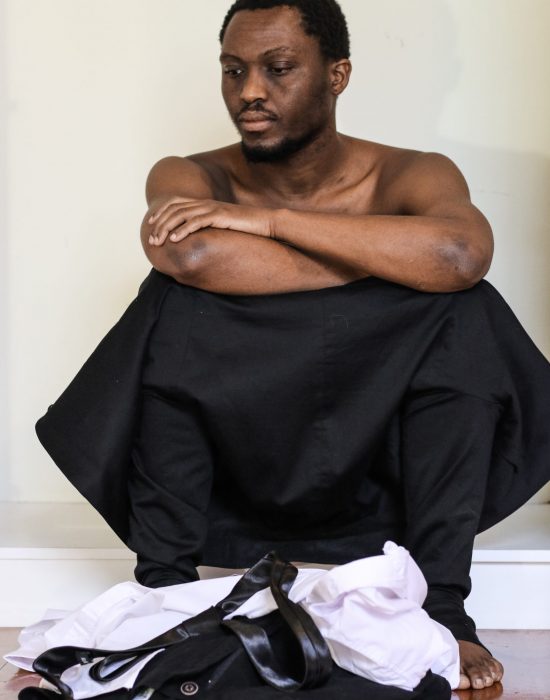 The film is created in memory of my grandfather. It has been over a year since his passing, yet his clothes still hang in his closet at home. It’s as if our memories of him are archived through his clothes, with each clothing item telling its story; from his brown corduroy that he wore when working in his garden, to his grey shiny suit that he loved wearing to church.  ManMade metaphorically deals with the concept of clothes and the closet; the clothes are seen as thoughts and the closet as the mind that carries the thoughts. The creation was triggered by the lockdown period which availed a lot of time at my disposal: I found time to clean the closet.

Themba Mbuli is the 2016 Standard Bank Young Artist Award Recipient. He received his formal training at Moving into Dance Mophatong (MIDM) in 2007. Mbuli’s first ensemble creation “Dark City” won the Pick of the Fringe award at the FNB Dance Umbrella Festival in 2010. In 2011 Mbuli joined Theatre Talipot Company in Reunion Island as a principle dancer, and began his solo career in 2012 with “Dark Cell”. He is a co-founder of a Johannesburg based arts company Broken Borders Arts Project, together with Fana Tshabalala and Thulani Chauke. He is also a co-founder and Associate Artistic Director for Unmute Dance Theatre, officially formed in 2014 in Cape Town.